Over the past year, the Factry designed a workshop for Concertation Montréal (CMTL), so that citizens from ethnocultural diversity can feel better equipped to contribute to the socio-economic development of the city.

Connecting elected officials with socio-economic leaders to serve as an incubator for citizen participation: this is the ambitious project of CMTL, which has chosen to focus its energies where Montreal society needs them most, that is, with women, young people and people of diverse backgrounds. Its actions, which are being increasingly extended throughout Quebec, aim to increase the representation of these groups in decision-making bodies such as boards of directors.

2017 was a pilot year to test a few strategies to help an initial cohort of 30 new Montrealers carve out a place for themselves on CAs in a variety of industries and inspire other fellow citizens to do so.

“Le Groupe des Trente is a one-year engagement program for ethnoculturally diverse individuals to share their experiences on boards of directors in order to influence others who may not be familiar with governance and would like to have their voices heard,” explains Virginie-Sankara Cantin-Diarra, in charge of Le Groupe des Trente at CMTL.

This inclusive and inspiring initiative has only one prerequisite: having governance experience and a desire to exercise leadership for the common good.

“These are role models who are ready to give back to the next one,” summarizes Virginie-Sankara Cantin-Diarra. We lead them to develop their mentoring skills, their collective intelligence, while respecting their personality and their strengths.”

Some are extroverts, comfortable with public speaking, others prefer individual exchanges. The activities planned each year are therefore adapted to the preferences of the group members. In other words, it is not the participants who adapt to the program, but the program that adapts to the participants.

Getting to know each other

This year, CMTL approached the Factry to create a workshop to help the group bond. Last March, when the 2022 cohort gathered for the first time, they did not know each other. The goal of Karim Aktouf, a trainer at the Factry, and Natasha Thomas, a facilitator, was to help them develop constructive relationships through a series of workshops.

Judging from the map of the globe on which each participant pointed out the countries where they had already been, it was obvious: between them, they had been around the world! What do they have in common? A wealth of geographical experience. And a passion: “We found that these people had ultra-different expertise, each in their own field, but that they were linked by the same goal: representative governance,” explains Virginie-Sankara Cantin-Diarra.

Another proposed exercise allowed the group to clarify the strengths and weaknesses of each one with regard to teamwork. Listening to each other’s opinions is also one of the ingredients of creative collaboration.

Underneath the sometimes simple surface, the Factry workshops allow the power of play to be used to break down barriers and quickly achieve depth in the discussions. “Through this exercise, which consisted of making a paper airplane in sub-groups, participants became aware of their personalities and the way they interact in the group,” explains Natasha Thomas. It’s a first step to evolve and improve your relationship with others.” And to serve as a role model.

Draw me a superhero!

In this other surprising workshop, adapted to the reality of the group, the participants were asked to describe the qualities of an imaginary superheroine. The facilitators’ idea was to bring out the cohesive strengths within the group: speed, critical thinking, openness, boldness, versatility, etc. The members of the group thus imagined a meta-superheroine, Atta Girl Themis, a modern replica of the Greek goddess who thrives on eloquence, non-conformity, active listening and diplomacy: “The fruit of this joint effort is a quilt of the strengths and values the group needs to generate to sit on a board,” summarizes Natasha Thomas. 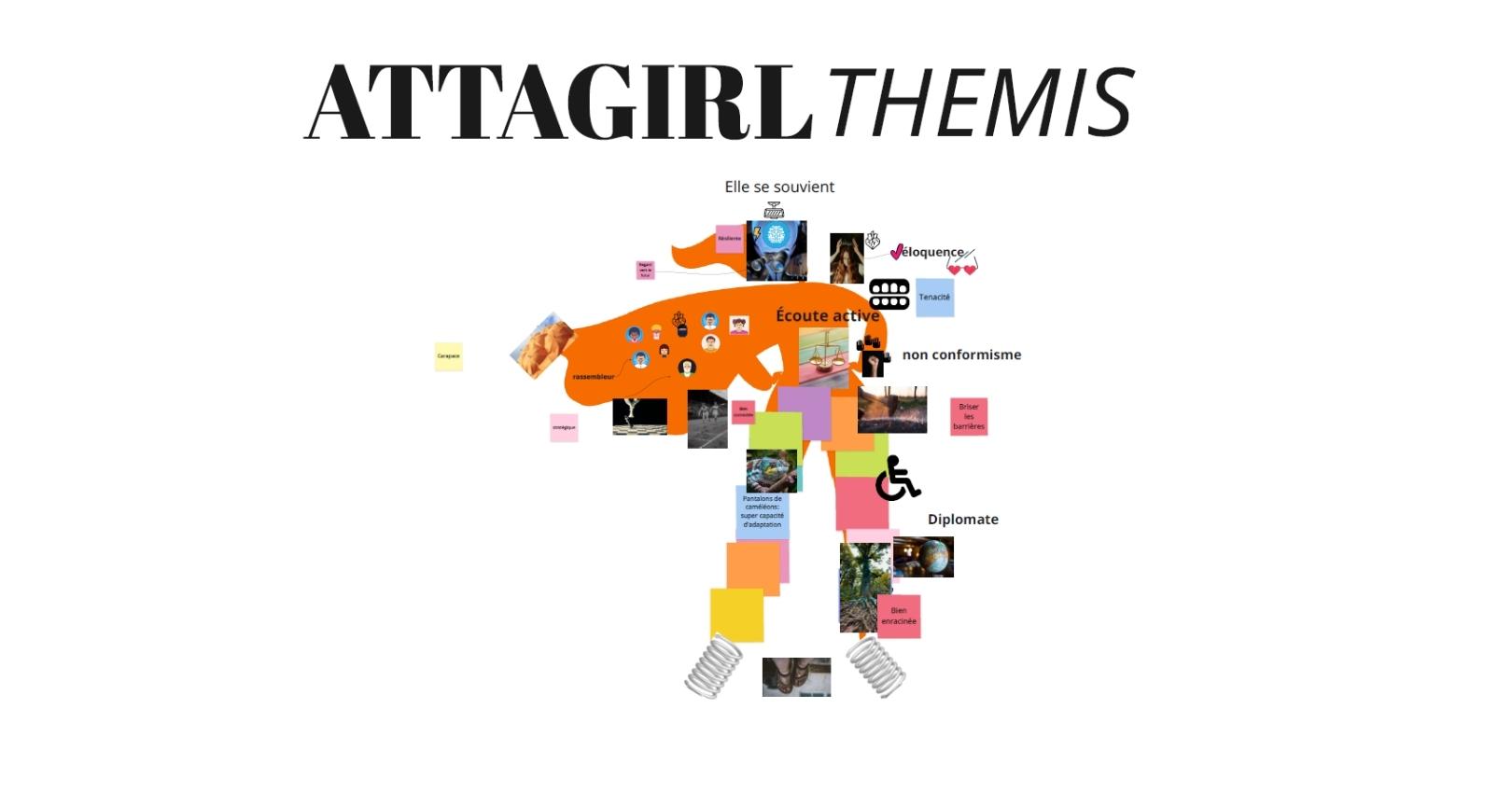 With her chameleon pants, a sign of her great adaptability, and her disability, a reflection of her membership in a company that advocates diversity and inclusion, she is the embodiment of the values of a perfect board director.

On the way to the future

“Le Groupe des Trente 2022 really appreciated the attitude and sensitivity of the trainers, Karim and Natasha, who are themselves ethnoculturally diverse, says Virginie-Sankara Cantin-Diarra. They knew how to adapt to their audience and encourage creativity and leadership in the participants”.

An observation echoed by Ngui-Mekem Kenfack, one of the participants, who sits on two Boards of Directors in addition to being a senior project manager.

Even though the participants all had incredible profiles, they were questioning their abilities and their value on the job market,” explains the young woman, who has been living in Quebec for the past ten years. Hearing them express their doubts made me question myself and my own development. Even though the training was relatively short, it continues to inspire me. It allowed me to think about what professional I want to be and what I want to project.”

More collaborations are in store between CMTL and the Factry, during what will undoubtedly be a rich year of experiences. In the meantime, members of the 2022 cohort are invited to develop ideas and initiatives to serve as inspiration and to help build a more inclusive, plural society.

Nathalie Schneider is a journalist specializing in the outdoors and adventure tourism and has a large number of field reports to her credit. She is an outdoor columnist for Le Devoir and occasionally for Radio-Canada radio. She is also interested in subjects related to society, art and the environment.