Every three to five years, the On the Tip of the Toes Foundation organizes a strategic planning day, bringing together employees and board members around a table to talk about results and make projections. But this year, the Chicoutimi-based organization chose to use the innovative Factry approach to guide its vision for the future. The result is remarkable.

Innovation and audacity: On the Tip of the Toes has been making it a regular occurrence for the past 25 years by inviting young people with cancer, or in remission from the condition, to take part in a mountain or river expedition, under the supervision of outdoor guides and medical personnel.

We call it “Intervention through nature and adventure”. This approach has proven to be effective in equipping young people, often isolated by their illness, with skills to use in their daily lives: surpassing themselves, determination, stress management, self-esteem building, etc. The new generation of doctors is increasingly interested in its health benefits. Aventure Écotourisme Québec, the reference in adventure tourism and ecotourism in Québec, has just awarded the “Innovating in times of crisis” prize to the organization for its initiatives to maintain the link with young beneficiaries during the pandemic. 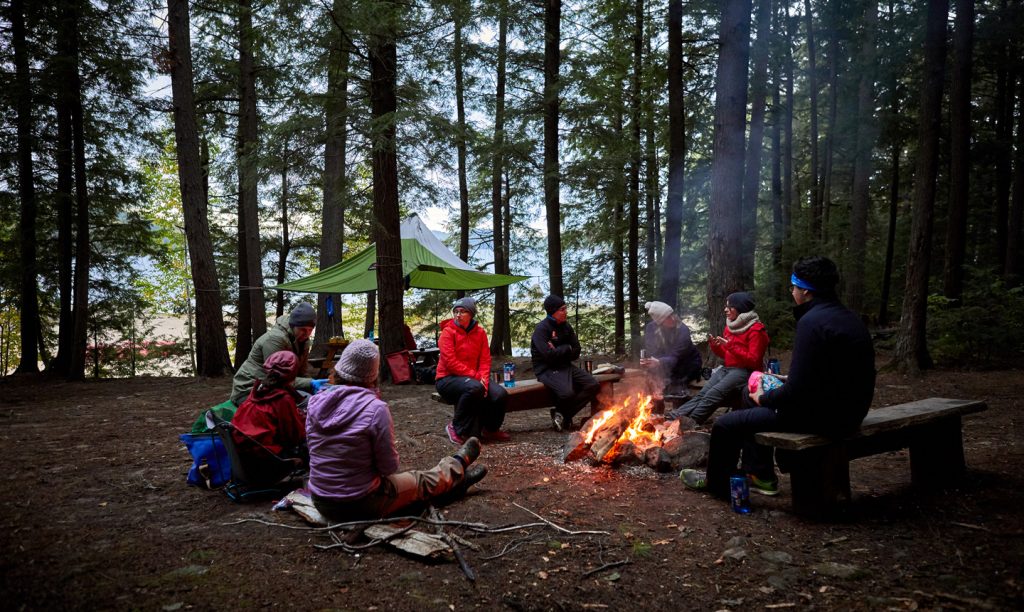 Photo : On the Tip of the Toes Foundation

Before deciding on Factry, the board’s strategic direction committee considered the best approach to its post-pandemic plan.

“When we first met with the Factry, we were drawn to its innovative approach, as well as to the enthusiasm of trainer Nathalie Houde and director Marie-Ève Chaumont, says Pierre Malo, committee chair. They had done a lot of research on our actions beforehand, and we felt they were very excited about working with us.” 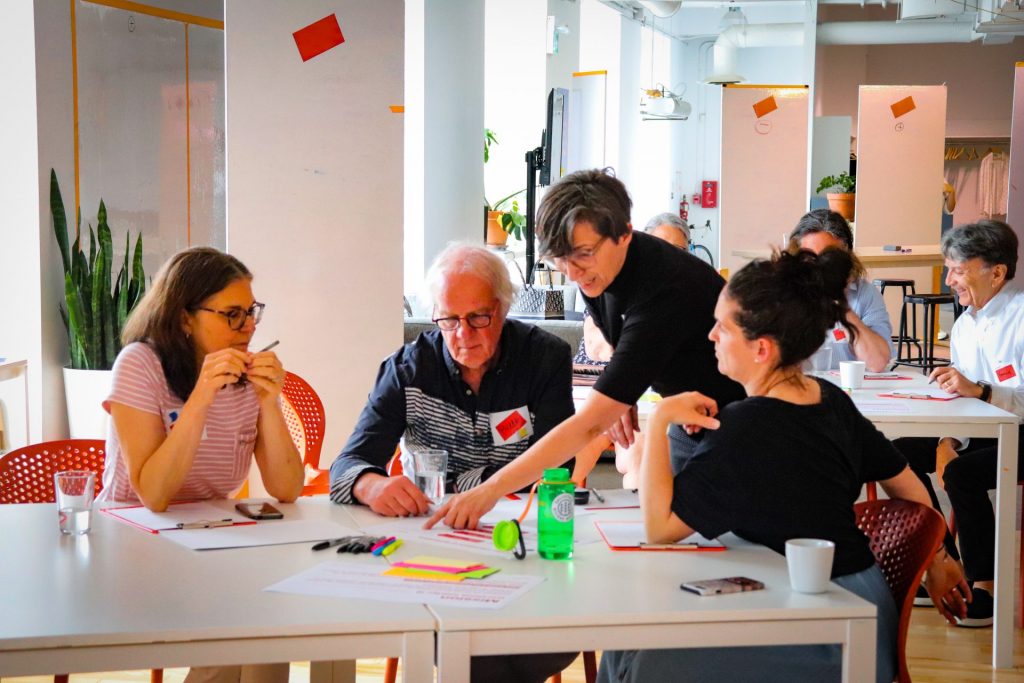 In addition to developing the strategic plan, the foundation wanted to act on team cohesion. The Chicoutimi team therefore traveled to Montreal to participate in three days of training with several members of the board of directors.

“Previously, our strategic planning took place during a single day, around a table, explains Pierre Malo. This year, with the Factry, we had some very original experiences through several modules, including the Fishbowl exercise that allowed all participants to express themselves and stimulate discussion.”

Participants had to sit on chairs in a circle and express their vision of the foundation, while others, standing behind them, listened to them before taking their turn to speak; thus, the reflection evolved as the exchanges went on. The Factry’s playful format helped to break down any apprehension about public speaking.

Another featured exercise was the creation of a superheroine. With glue, scissors and cardboard, the participants imagined a persona that synthesized all the qualities and attributes of their organization.

“The results obtained during these three days were extremely interesting, says Jean-Charles Fortin, the foundation’s executive director. A week later, we realized the full scope of the experience: in the past, we only made cosmetic changes to the previous strategic plan. This year, we completely overhauled our mission, with a much bolder ambition, and we didn’t see that coming! For 20 years, the foundation’s goal was to promote the well-being of young people with cancer; now our mission is to change their lives!”

The team left with several development projects for the coming years, including the inclusion of young adults aged 30 to 39 in their target clientele. A population often left out of medical programs, especially when it comes to men, the executive director agrees.

As for team cohesiveness, it has materialized well beyond the goals.
“The managers have expressed their desire to meet more often with employees and to do so in a context that is similar to our expeditions, such as a rabaska descent in a regional park, for example,” adds Jean-Charles Fortin.

The Little Things That Make a Big Difference

In addition to the originality of the approach, it was the quality of the technical and logistical support that impressed the participants. The continuous note-taking and the electronic platform allowed everyone to have access at all times to everything that was said during the three days.

And the Factry has an eye for detail: open-plan workspaces that encourage interaction, healthy catered lunches, and the two short daily group walks that punctuated the work sessions.

“If you want to change your brown socks for multicoloured ones, you have to work with the Factry, says Jean-Charles Fortin. These pros take you somewhere else, they mess up your hair in the noble sense of the word. As long as you are willing to let yourself be destabilized and trust the process.”

The Voice of Youth

The Factry also held a working session, without staff or managers, bringing together young people who had previously participated in therapeutic expeditions, parents, as well as donors and volunteers, including doctors. During the session, everyone was able to speak freely about the foundation’s work, and everything that was said fed into the strategic thinking. “All these people came up with ideas that had never been expressed before, says Pierre Malo. And that was very stimulating.”

Even better: the session solidified the board members’ attachment to these young people and demonstrated the foundation’s impact on their lives. Laurence Yelle, 25, is one of the young beneficiaries who took part in an expedition after developing brain cancer in 2011.

“I know how much this outdoor experience has given me, but participating in this training has made me realize what it does for parents as well. It supports so many people! During this session, we laughed, we cried, we experienced a mix of positive emotions!”

At the end of this training, a reflection on the status of these young people emerged, which cannot be summed up in the disease they suffer from. “When you’re a young adult, there are no resources for you in the hospital environment, you’re on your own,” Laurence Yelle notes.

On the Tip of the Toes helps them see life-and the future-a little bit more clearly.

Nathalie Schneider is a journalist specializing in the outdoors and adventure tourism and has a large number of field reports to her credit. She is an outdoor columnist for Le Devoir and occasionally for Radio-Canada radio. She is also interested in subjects related to society, art and the environment.